It's been a long summer - hot, lots of activities, good food, vacation, time with family - just the type I love. In my normal world, my read pile for the summer would be tipping over, the stacks piling up on my bookcase. Not so this summer. Heck, the girls and I usually do a reading group during the summer and make a trek to the Borders to decide which books we're going to read together. Not so this year. Oh, it isn't that I don't have books to read. The To-Be-Read pile is obnoxious. Nothing stops those trip to Borders or the used bookstore. Nothing stops me from hunting out books by my favorite authors or finding treasures to haul home and put in the pile. The anticipation is like Christmas morning. Delicious. TBR pile is obnoxious. Did I say that already?

So what's up? I have seven books to report on in a summer weekly reader. Seven? Patti Ann, are you sick? Yes, I have been, but that's not the deal. I've decided the explanation lies in the fact that I have lots of not so good stuff going on in my life and I'm afraid to start reading. It's a major escape mechanism for me and just like Alice down the rabbit hole, I'm afraid once I start I'll sink into that fictional world and never want to come out. That idea is holding me back some. Never fear, though. With both Alyssa Day's new books, a Nalini Singh, and a new Joann Ross High Risk book staring at me from the night stand -- and (Yay!) a new one just coming out from Lora Leigh's Breed series - yeah, I'll be reading soon. 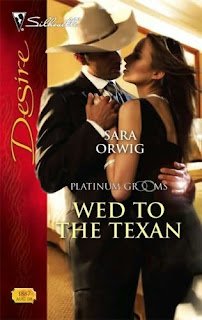 Sara Orwig has written tons of books for Silhouette. She's a frequent contributor to their Desire line, with good reason. She's tells a good story. But not this one. Skip it and hunt down some of her other stuff. Plot is choppy and under-developed. Characters are immature and one-dimensional. Never got on board with the angst between Emily and Jake. Sad really, but true. So many books, so little time . . . moving on. 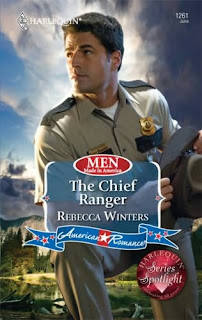 Rebecca Winters has a telling style of writing. It's not one that I really enjoy as it turns on my critting brain and makes me spend the book saying things like: "If she'd done this section in dialogue it would have been more effective." Hate that when it happens. However, strong plot with lovable characters and I still cried at several junctures of the book, so this one is definitely worth the read. Loved the front cover, too. 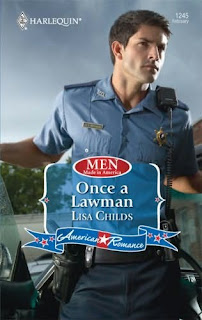 Once a Lawman
Lisa Childs
Grade: A

I bought this one on a whim at the used bookstore and I am now a huge Lisa Childs fan! I love it when that happens. Chad and Tessa captivated me from page one. Plot relied a tad on misunderstandings, but leaned more towards Chad not really understanding who Tessa was. I forgave that because Lisa handled it smoothly and the rest was emotional and sweet. Love it when a book is stuck in my fingers and refuses to be put down until its finished. Makes my day. 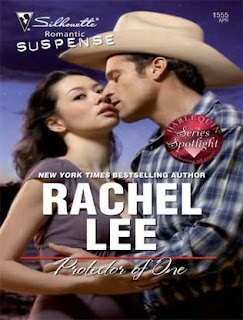 Protector of One
Conard County
Rachel Lee
Grade: A

Just a tad different spin on the usual visions plotline made this one a page turner. I love Conard County, as I think I've said before, so I would be hard-pressed to comment poorly on any of these. This one is a page turner, tension-filled, emotional, and throws in lots of old friends. What could be better? 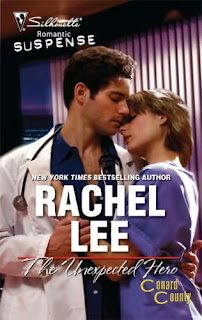 Thrilled to see another one of Nate Tate's kids get a book. And I liked the premise - patients dying in her hospital and she's accused. Plot was bogged down a tad by David and Kristin talking alot about their experiences in the war and the fallout from that. I found myself skimming great portions to get to the suspense part of the deal. Still I enjoyed the time back in Conard County and I definitely recommend this series to anyone who doesn't know Rachel Lee's Conard County. 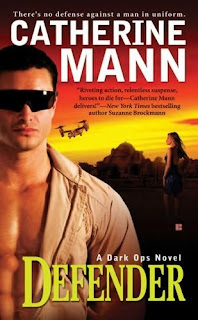 This new series from Catherine Mann rocks! My best advice: Run out and get yours. This one was fun -- fast-paced, characters to die for, lots of cool, edgy dialogue and a busy plot with lots of threads and angles. Up until midnight reading this one. Great Catherine! 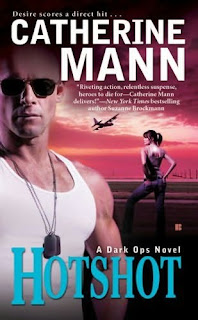 Number two rates a fab read also. I loved the whole premise. It was different and richly described. Characters were so human that they seem like friends. Only two minor issues - plot was VERY busy. That could be my current distraction level, though, so don't let that put you off. And the plot with Shay's father damn near overtook Shay and Vince's love story. Not off-putting exactly, but the tension in that put Shay and Vince's story on the back burner at times. Still, this book is a fabulous way to kill an afternoon or make a long drive home from the beach seem like a drive to the store.

That's all for this time. Hope your summer has been filled with exciting reads!
Labels: weekly reader